December Celebrations: A Light in the Darkness!

Written by
Stephanie
Posted in
Announcements
Comments
Leave a comment

Photo by Tim Riesner on Unsplash

It is thousands, maybe even tens of thousands of years ago. You are living somewhere in the Northern Hemisphere.

Suddenly, the animals are scarce, either because they have left or hidden themselves away.  The plants you have gathered are withering, their leaves drifting to the ground. Each day, the night seems to come sooner and end a little later. Why does this happen, you might wonder?  What if the light and warmth never return? What will happen to you, with no light, no warmth, no food.

With no other answers, you might find yourself praying to some sort of sun deity.

Now, of course, we know that axial tilt causes seasons.  We have the winter solstice in December if you live in the Northern Hemisphere, or in June if you live in the Southern Hemisphere.  Either way, for thousands of years or longer, people have celebrated holidays around this time. As you circle the globe, you can find many monuments to this astronomical phenomenon. 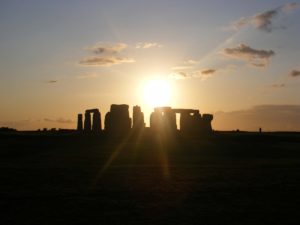 And, Europeans weren’t the only ones building solar temples.

Exciting new research in Australia shows evidence that the Wadda Wurrung people built a stone circle (well really more of an egg shape) aligned towards to position of the sun on the winter and summer solstices.  It’s at least 200 years old, but likely thousands of years older or even 20,000 years old. If it’s as old as the latter estimate, it would be the oldest solar observation monument ever discovered. Sadly, its significance was lost because of the Australian government’s laws forbidding traditional languages and practices in the early 20th century.

Clearly, sunlight has played an important role in many civilizations throughout history. If you’re looking for a party, the winter solstice is a pretty good time. This is especially true in countries far from the equator, the winters were long and hard. 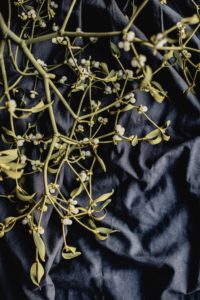 Photo by Annie Spratt on Unsplash

Like solar temples, these parties weren’t limited to European cultures.

People celebrated the return of Ra, the sun god, by bringing palm fronds into their homes as a symbol of resurrection and birth.

Some people even say the fruitcake has ancient Egyptian roots, as they put a dense cake heavily studded with fruit into the tombs of loved ones. Does fruitcake last as long as a mummy? Who knows?

A winter solstice festival called Dongzhi dates back to the 8th century BC/BCE.  During the Qin Dynasty, the winter solstice marked the beginning of the new year.  The Tang and Song dynasties turned Dongzhi into a time to honor and worship ancestors, which is how the holiday is celebrated today. It is a time when Ying and Yang begin to balance themselves again.  In Northern China, they eat foods considered high in Yang (heat) like fatty meat dumplings spiced with ginger and garlic in hopes that they will stay warm and stave off illness. In Southern China, families feast on tangyuan, rice balls made with bean paste or meat and served in soup or broth.  Tangyuan symbolizes family unity and prosperity. The Winter Solstice also marks the beginning of the Nines of Winter, a period of nine sets of nine cold days.

IN THE ANDES MOUNTAINS OF SOUTH AMERICA…

The Inca celebrated Inti Raymi, which is Quechua for Sun Festival.  Beginning around 1412, the Inca held a nine day festival of dancing and processions to ensure a good harvest and celebrate their origin story.  It was the most important festival in the city of Cusco, taking place on the main plaza. They honored the sun as a source of light, heat, and life. Men and women painted their faces yellow and wore deer heads as they played music and danced while priests lit a fire inside the temple of the sun. Catholic priests banned Inti Raymi in 1535, but the celebration has had a revival and is now once more celebrated throughout the Andes with a theatrical reenactment near the original site of Cusco. Those priests might be surprised to find out that the festival is sometimes held to coincide with the feast day of St. John the Baptist. Don’t forget, this is the southern hemisphere, so the winter solstice falls in June instead of December.

NORTH AMERICA HAS ITS OWN TRADITIONS…

The Zuni Pueblo of Western New Mexico celebrate Shalako. Outsiders don’t know much about Shalako traditions because the Zuni are a private people. However, we know that the ritual includes prayers for rain and agricultural blessings, and that the Zuni see their ritual as a duty not just to themselves, but to the entire world.  The Blackfeet of Montana traditionally celebrated the winter solstice with games and community dances, facing their tipis towards the rising winter sun. During the early reservation period, they moved their celebrations to Christmas Day or New Year’s Eve to comply with federal holidays, but their traditions have continued to this day.

At your home, you might celebrate holidays old or new, including Hanukkah, Christmas, saints’ days for St. Lucia or Nicholas, Kwanzaa, Chalica. Whatever you do this December, remember that you are part of a long history of people waiting for the sun to return. 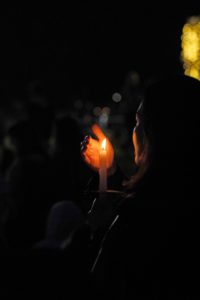 Photo by BBC Creative on Unsplash