Written by
Posted in
Blog Posts
Comments
Leave a comment 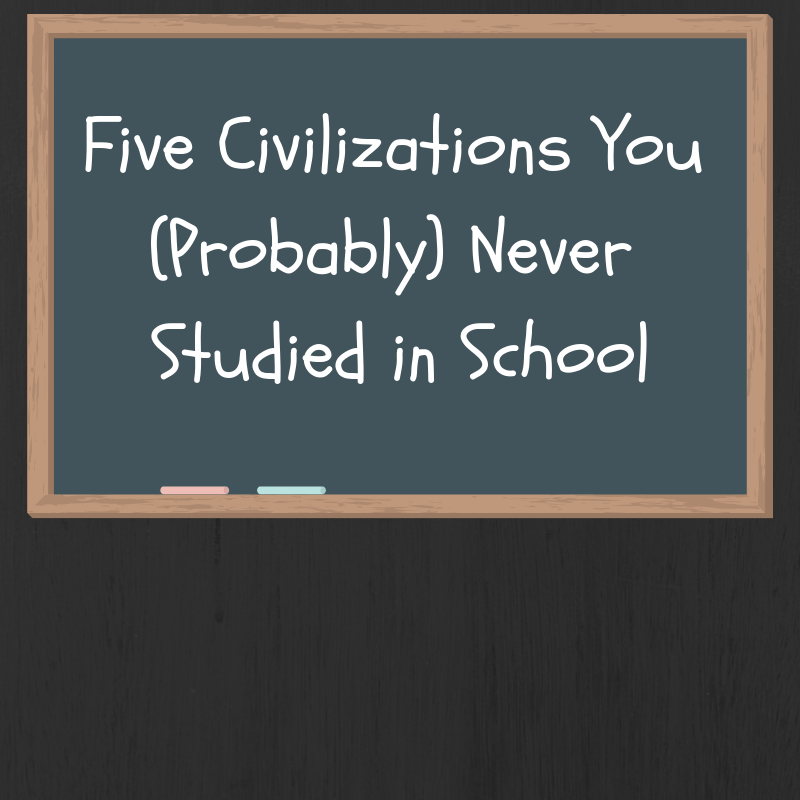 When I was in 5th grade, we had an Ancient Greece festival. It was a lot of fun, especially since I pretended to be the Oracle at Delphi and told fortunes to all my classmates.  We talked about ancient Greece during several different grade levels at school.  I think we also studied the Egyptians and Romans in elementary school. In high school history, we learned about ancient history in Mesopotamia, India, and China.  Taking a peek at today’s standards in the state where I live, not much has changed.

Imagine, when you go beyond the range of Alexander the Great’s conquests, there’s an entire globe to study!

There’s a lot more to history than the Mediterranean! If you’re interested in learning more about any of these civilizations, click the links to our educational boxes or subscribe to our newsletter to receive updates about our upcoming ancient history book! (If you’re interested in the Somalians, you’ll have to stay tuned!).

*Quick note about the Scythians: they weren’t beyond the range of Alexander the Great’s conquests.  He, in fact, engaged with the Scythians.  But I never learned about them in school!